The UK’s Department for Environment, Food and Rural Affairs (Defra) has said it is encouraged by the increase in recycling of household waste for the calendar year 2017, to 45.2% – up from a rate of 44.9% for the previous year.

The annual figure is more positive than the 0.3% decrease in the amount of waste recycled, composted or reused in the financial year 2017/18, as reported earlier today by letsrecycle.com (see letsrecycle.com story).

Recycling rates for 2017 on an annual basis showed an increase
Overall, England’s recycling rate, including composting, was 44.8% in the 2017/18 financial year, compared with 45.1% in the previous period. 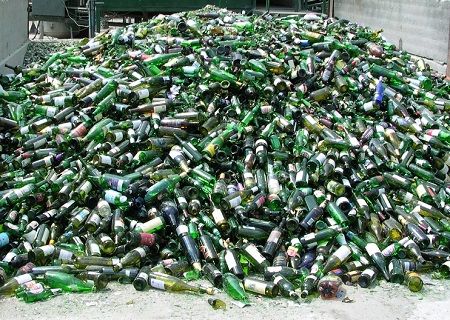 Household recycling rates have traditionally been published by Defra for the financial year. However, with the publication of its latest results today, Defra has taken the opportunity to highlight the improvement in the figure for the calendar year. And, it also pointed out that the first quarter of 2018 saw a particularly sharp fall in recycling. While the department did not explain why this was, it could relate both to the cold winter and the impact of the China ban on the export of materials for recycling.

Following the publication of the results, a Defra spokesperson said: “It is encouraging to see the recycling rate rising in England. People are producing less waste, less of that waste is being sent to landfill, and separate food waste collections are increasing.”

The Defra spokesperson continued: “More councils than ever are now recycling over half of all waste and the increases reported by councils such as Sutton, Stroud and Colchester show what can be achieved by offering residents a comprehensive waste collection service.

“Our upcoming Resources and Waste Strategy will set out plans to make sure we continue to reduce avoidable waste and recycle more.”